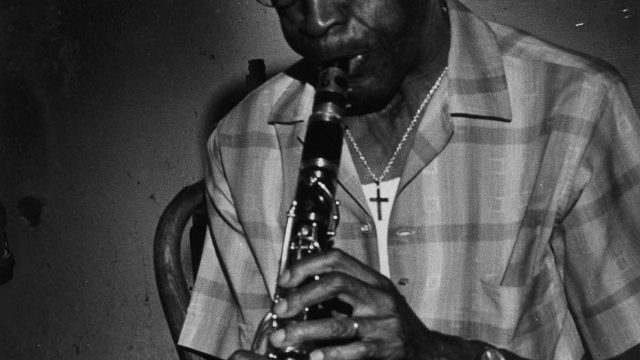 Clarinetist George Joseph François Louis Zenon (1900-1968) was largely self-taught but received early training from Isidore Fritz in the Black Eagle Band of Mandeville, Louisiana before 1920. In the 1920s and 30s Lewis worked locally with trumpeters Henry “Red” Allen, Chris Kelly, Henry “Kid” Rena, and Dede Pierce but gained wider exposure as part of Bunk Johnson’s bands from 1942 to 1947. By the 1950s he was leading his own Ragtime Band in New Orleans and began touring extensively, leading to international travel as a leader and as a mainstay of various Preservation Hall bands in the 1960s.