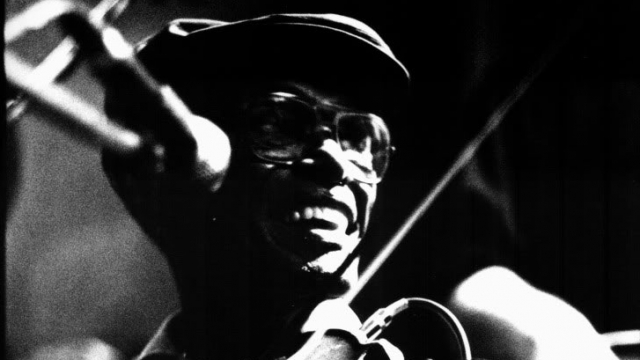 The music of African American Creole fiddler Canray Fontenot cuts across a variety of musical genres: Cajun,zydeco, and “blues-waltzes,” a unique style combining elements of blues and jazz. Well-versed in traditional French folk songs, Fontenot was also known for his stylistic innovations. Though his music was particularly popular in southwestern Louisiana, Fontenot performed throughout the United State and Europe. He formed a long-term partnership with accordionist Alphonse “Bois Sec” Ardoin, with whom he played at the 1966 Newport Folk Festival. The National Endowment for the Arts honored the duo’s contribution to traditional art forms with a National Heritage Fellowship in 1986.