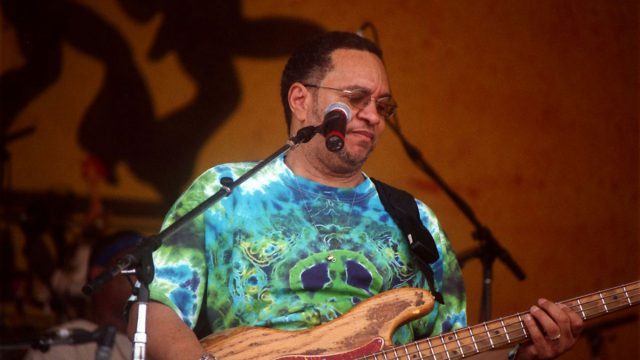 George Porter, Jr. is a musician best known as the bassist and singer of The Meters. Along with Art Neville, Porter formed the group in the mid 60’s and came to be recognized as one of the progenitors of funk.The Meters disbanded in 1977, but reformed in 1989. Today the group is called the Funky Meters, and Porter is still a member.

He had been active in playing with his own group the Runnin’ Pardners, and also other projects such as The Trio with Johnny Vidacovich, New Orleans Social Club, and Deep Fried but is now focusing his efforts on his own band Porter Batiste Stoltz. He is frequently in demand, and has been performing and recording with wide range of artists including Dr. John, Paul McCartney, Robbie Robertson, Willy DeVille, Robert Palmer, Patti Labelle, Jimmy Buffett, David Byrne, Johnny Adams, Harry Connick Jr., Earl King, Warren Haynes, Tori Amos, and Snooks Eaglin among many others.

Porter joined John Scofield’s Piety Street Band in 2008 to tour and to record. Jon Cleary and Ricky Fataar are also members of this band.