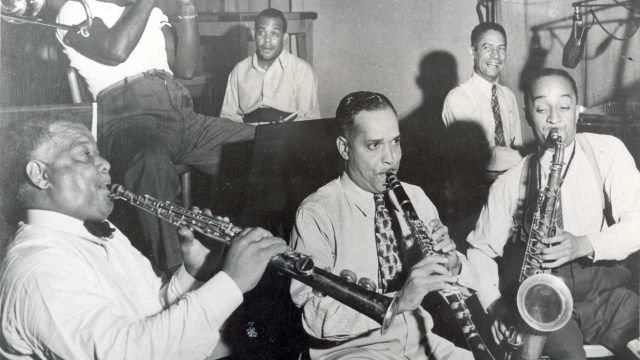 Albert Nicholas (1900-1973) was a jazz clarinetist and saxophonist who led his own band at Tom Anderson’s Annex in 1922 before relocating to Chicago to join King Oliver’s Dixie Syncopators in 1924. In the mid-1920s he traveled to France, China, and Egypt before returning to the U.S. to work with Luis Russell’s Band in New York (1928-33), while also recording with Louis Armstrong, Fats Waller, and Jelly Roll Morton. Nicholas recorded and performed widely during the New Orleans revival of the 1940s and 50s, including documenting a number of Creole songs (such as Salée Dame and Mo Pas Lemmé Ça) for the Circle label in 1947.