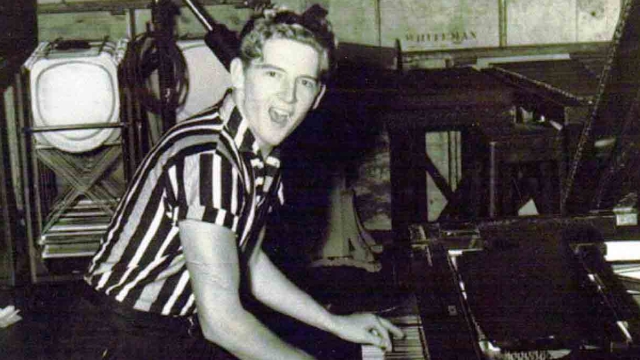 Rockabilly music is a seminal, first-generation rock-and-roll style distinguished by extreme rhythmic drive and a full-tilt approach to both singing and instrumental soloing. Conversely, rockabilly often employs sparse instrumentation that favors an acoustic, upright bass. There is considerable overlap between rockabilly and country music, as evidenced among other factors, by the prevalence of vocalists with distinct Southern accents. This underscores the fact that the term “rockabilly” comes from a blend of “rock” and “hillbilly.”

Today, “hillbilly” has come to be regarded as an elitist, socio-economic slur and it is a passé term. But there was no such demeaning intention when “rockabilly” was first coined. In the mid-1950s, “hillbilly music” was part of standard marketing nomenclature within the recording industry and “rockabilly” is an extension of that usage. Outside the world of music marketing and music journalism, “rockabilly” is sometimes used interchangeably with the terms “rock” and “rock and roll,” pointing up the limits of attempts at precise musical categories. To further compound such confusion, there is great rhythmic similarity between rockabilly, western swing, and the Cajun/zydeco two-step. And like many traditional genres, rockabilly is a hybrid that shares songs with such diverse genres as bluegrass, traditional jazz, and blues.

The first songs to be designated as rockabilly include such early-career records by Elvis Presley as “That’s Alright, Mama” which appeared in 1954. Presley’s rendition of Bill Monroe’s bluegrass classic, “Blue Moon of Kentucky,” he supercharged the songs with dramatically accelerated rhythm and aggressive, palpable sexuality. One of the first major venues where Presley performed such material was the Louisiana Hayride radio show, broadcast out of Shreveport, Louisiana. An even rowdier rockabilly spirit suffused the work of Jerry Lee Lewis (from Ferriday, Louisiana), as heard on his 1957 hits, “Great Balls of Fire” and “Whole Lotta Shaking Going On.” These songs demonstrate the less-is-more approach of rockabilly recordings, which reprise the sound of a small band, live performance. High-gloss production touches as orchestrated string sections, horn arrangements, and the like are conspicuously absent.

Lewis is the best-known rockabilly musician to emerge from Louisiana, but there have been other talented interpreters of this raucous style. Dale Hawkins’ 1957 hit, “Suzie Q” featured a gripping, primal guitar solo by James Burton. Over time, Burton has maintained his distinctive solo work, which is grounded in the electrification of acoustic guitar finger-picking as an accompanist for artists ranging from Elvis Presley to Elvis Costello. At this writing, Burton continues to play in peak form, and his rockabilly-tinged style remains in great demand.

Although New Orleans is not known as a particularly receptive city for country music or country related styles, it has also nurtured some important rockabilly artists. In the mid-1950s, a singing drummer named Joe Clay (born C.J. Cheramie), who played with Elvis Presley on occasion, made some classic, albeit obscure, rockabilly records including “You Look That Good to Me,” “Cracker Jack,” “Sixteen Chicks,” “Ducktails” and “Did You Mean, Jellybean? What You Said, Cabbage Head.”

Rockabilly went out of vogue by the mid-1960s, but since then there have been several resurgences, and more can be expected as the pendulum of public taste swings back and forth. At this writing, West Monroe native Kenny Bill Stinson carries the rockabilly torch with equal parts passion and expertise. And in Ferriday, octogenarian guitarist Gray Montgomery, who once hired Jerry Lee Lewis as his drummer, remains a vibrant, first-generation rockabilly master.