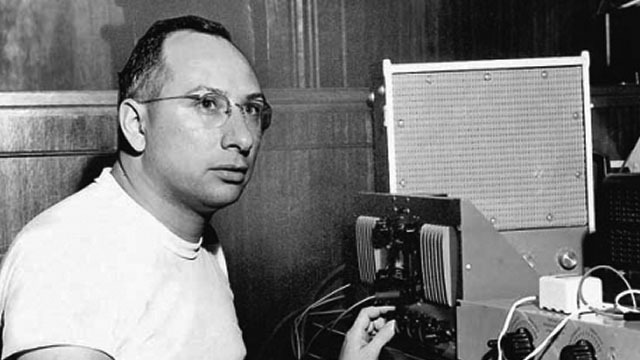 At the age of 18, Matassa opened the J&M Recording Studio at the back of his family’s shop on Rampart Street in the French Quarter of New Orleans in 1945. In 1955, he moved to the larger Cosimo Recording Studio. As an engineer and proprietor, he was crucial to the development of the R&B, rock and soul sound of the 1950s and 1960s (often working with producers Dave Bartholomew and Allen Toussaint), and recorded many hits – including Fats Domino’s “The Fat Man” (a contender for the first rock and roll record), Little Richard’s “Tutti Frutti”, and records by Ray Charles, Lee Dorsey, Dr John, Smiley Lewis, Bobby Mitchell, Tommy Ridgley, the Spiders and many others. He was responsible for developing what became known as the “New Orleans Sound”, with strong drums, heavy guitar and bass, heavy piano, light horn sound and a strong vocal lead. In the late 1950s and early 1960s, Matassa also managed the successful white New Orleans rock and roll performer Jimmy Clanton