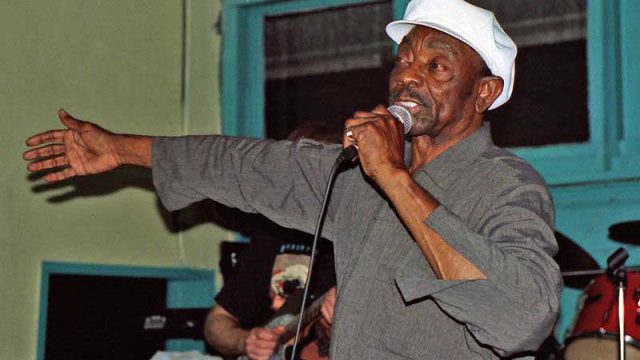 Born Thomas Herman Ridgley, he released his debut single “Shrewsbury Blues” in New Orleans in 1949 for Imperial Records. In the 1950s he formed his group -The Untouchables -and recorded labels such as Decca, Atlantic and Herald. His 1952 release “Tra-La-La” on Decca was later covered and made famous by Pat Boone.

In the 1960s he signed with the local Ric Records, and released some singles which were to become local hits, but none of them broke through to create a stir nationally. These sides included “Double-Eyed Whammy” and “I’ve Heard That Story Before,” a remake of the song first recorded for Herald.

During the 1970s and 1980s, there were fewer recording opportunities for Ridgley, however, he continued to record for local labels, and continued to perform. He kept performing at the New Orleans Jazz & Heritage Festival every year from 1972 until his death.

In the 1990s, he released three newly recorded albums. “How Long?” came out on the Sound of New Orleans label in 1990, and “She Turns Me On” followed two years later on Modern Blues Recordings. He was supported by musicians such as George Porter, Jr. and Raymond Weber on 1995 album Since The Blues Began from Black Top Records. It also featured guest guitarist Snooks Eaglin and turned out to be one of the most solid efforts in his career, but this became his last recorded album. He suffered from kidney failure in his last few years, and died from lung cancer in 1999.

The New Orleans singer, Sammy Ridgley is his younger brother.