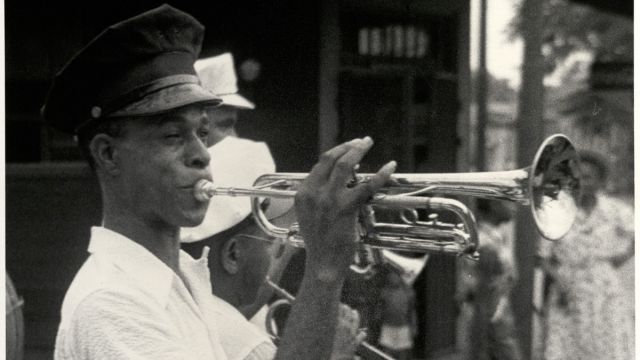 Thomas Jefferson was born on June 20, 1920 in Chicago, Illinois. He is an American Dixieland jazz trumpeter, strongly influenced by Louis Armstrong.

Jefferson played drums and French horn while young before switching on to trumpet. He played with Papa Celestin’s orchestra in 1936, as well as with New Orleans jazz musicians such as Sidney Desvigne and Jump Jackson. In the 1950s, he worked with Johnny St. Cyr, Santo Pecora, and George Lewis. He recorded sparingly as a leader; sessions include an album for Southland Records in 1960 and one for Storyville Records in 1974. Jazz critic Scott Yanow called Jefferson “one of the finest trumpeters in New Orleans during the 1950s and 60s.”