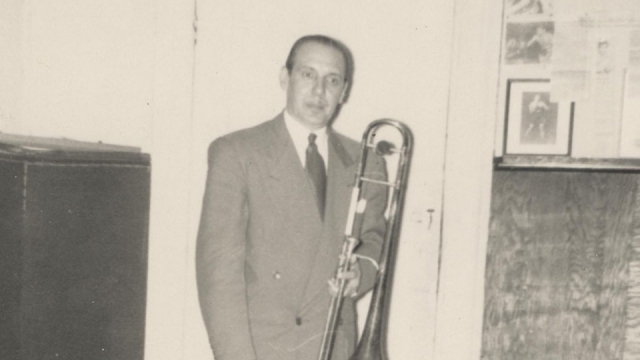 Trombonist and composer Santo Joseph Pecora (1902-1984) recorded with the New Orleans Rhythm Kings in 1924-25, including versions of his songs “I Never Knew What a Gal Could Do” and “She’s Crying for Me Blues” (later reworked by Jelly Roll Morton into Georgia Swing). In the latter 1920s he worked with the orchestras of Buddy Rogers, Will Osborne, and Ben Pollack; in the 1930s Pecora performed and recorded with New Orleans trumpeters Sharkey Bonano and Wingy Manone. After becoming a studio musician for films in Hollywood in the 1940s, he returned to New Orleans later in the decade and performed regularly as a leader into the 1970s.