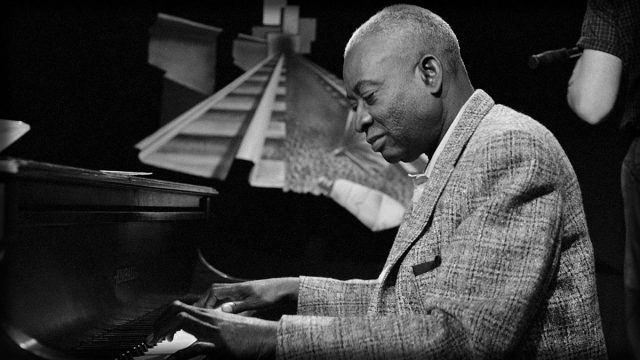 Thomas Andrew Dorsey (July 1, 1899 – January 23, 1993) was known as “the father of black gospel music” and was at one time so closely associated with the field that songs written in the new style were sometimes known as “dorseys.” Earlier in his life he was a leading blues pianist known as Georgia Tom.

As formulated by Dorsey, gospel music combines Christian praise with the rhythms of jazz and the blues. His conception also deviates from what had been, to that time, standard hymnal practice by referring explicitly to the self, and the self’s relation to faith and God, rather than the individual subsumed into the group via belief.

Dorsey, who was born in Villa Rica, Georgia, was the music director at Pilgrim Baptist Church in Chicago from 1932 until the late 1970s. His best known composition, “Take My Hand, Precious Lord,” was performed by Mahalia Jackson and was a favorite of the Rev. Martin Luther King Jr.. Another composition, “Peace in the Valley,” was a hit for Red Foley in 1951 and has been performed by dozens of other artists, including Queen of Gospel Albertina Walker, Elvis Presley and Johnny Cash. Dorsey died in Chicago at age 93.

In 2002, the Library of Congress honored his album Precious Lord: New Recordings of the Great Songs of Thomas A. Dorsey (1973), by adding it to the United States National Recording Registry.