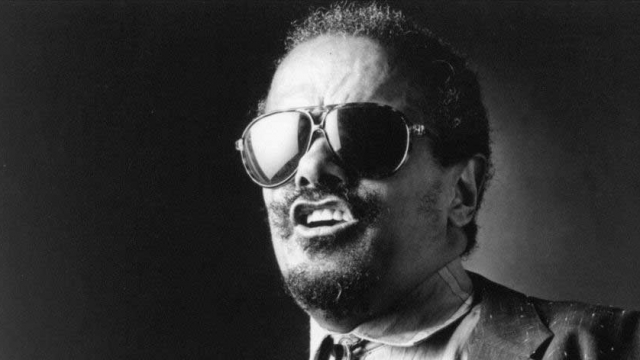 Guitarist Snooks Eaglin was one of New Orleans’ most beloved musicians at the time of his death in 2009. His wild and singular performances were legendary, and they reflected the diversity of his body of work. His first recordings were as a folk-blues singer in the late 1950s yet he also played guitar on the iconic New Orleans song, “Iko Iko”; he was the guitarist on the seminal recordings of Professor Longhair and the Wild Magnolias in the early 1970s; he made a series of excellent solo records for Black Top Records in the late 1990s. Eaglin was both a troubadour and a headliner, and his local shows were lionized in a T-shirt: “There ain’t nothing more New Orleans than Snooks Eaglin playing at the Mid City Rock ‘N’ Bowl.”

Fird “Snooks” Eaglin, Jr. was born January 21st, 1936, in New Orleans, Louisiana. He lost his sight after an operation for a brain tumor and glaucoma when he was 19 months old. Yet being able did not discourage a lifelong inclination for mischievous behavior. As he told Jeff Hannusch in 1987, “That’s how I got the name Snooks. There was a radio program with a character named Baby Snooks. Baby Snooks was always getting into trouble. They started calling me Snooks, because I was always getting into something.”* Eaglin’s father was a musician and gave him a guitar at the age of 5; he soon taught himself how to play from records and the radio. At 11, his version of “Twelfth Street Rag” won a talent contest sponsored by the radio station WNOE. After briefly attending the Louisiana School for the Blind, he dropped out to play music. He recorded his first single “Jesus Will Fix It” for the Wonder Label and then joined the Flamingos in 1952.

The Flamingos were a popular local rhythm and blues band with a horn section and featured Allen Toussaint on piano. He also struck up a friendship with James “Sugar-Boy” Crawford at this time and joined Crawford’s band as well, the Chapaka Shaweez. In 1958, word of his talents reached Dr. Harry Oster, a musicologist who recorded inmates at Angola State Penitentiary (including, for example, Louisiana bluesman Robert Pete Williams). Oster and fellow musicologist Richard Allen recorded Eaglin singing a range of classic blues, folk, and pop tunes, from “Careless Love” to “St. James Infirmary” to “Everyday I Have the Blues.” The album was released as New Orleans Street Singer on Folkways Records in 1959 and was later reissued on the Smithsonian label. A second trio project under Oster’s direction was released as Country Boy in New Orleans on the Arhoolie Records label.

Imperial Records A&R man Dave Bartholomew – the producer of Fats Domino, Smiley Lewis, and Earl King – signed Eaglin to Imperial Records in 1960s. Bartholomew produced nine singles with Eaglin in the rhythm-and-blues (or rock ‘n’ roll) vein and Eaglin left the folk label behind. Imperial Records went out of business in the mid-1960s and Eaglin found work playing clubs around the French Quarter, including a stint in the house band for the Playboy Club. When the New Orleans Jazz and Heritage Festival started up in the late 1960s (aka JazzFest), Eaglin began a musical relationship with two iconic and influential units, one run by Professor Longhair and the other by the brothers Willie Tee and Earl Turbinton. He played off-and-on with Longhair throughout the 1970s, recording with him in New York, Baton Rouge, and Memphis. Most of these sessions can be found on Professor Longhair’s House Party New Orleans Style: The Lost Sessions 1971 – 1972. Tee and Turbinton started the New Orleans Project, a set of musicians who became the backing band for the seminal Mardi Gras Indian recordings, The Wild Magnolias and They Call Us Wild. These recordings combined crisp blues-based solos with a raw street funk that made Parliament and James Brown sound slick and uptown.

During the New Orleans rhythm and blues revival of the late 1970s and early 1980s, Eaglin often played at Tipitina’s and other local clubs. He refused record deals for many years and then finally signed to the local Black Top label, where he recorded several albums, including Baby You Can Get Your Gun (1987), Out of Nowhere (1988), Teasin’ You (1992), Soul’s Edge (1995), and Live in Japan (1997). These albums featured both original songs and Eaglin’s creative cover versions of songs written by a range of artists, from Dan Penn to the Isley Brothers to Larry Williams. Starting in the early ’90s he became a regular at JazzFest and the Rock ‘N Bowl, yet occasionally gigged farther afield, playing the Chicago Blues Festival and undertaking a tour in Japan. Eaglin’s live performances featured guitar work that was both virtuosic and down-home, and he had an encyclopedic knowledge of songs. He became known as the Human Jukebox since he often called out the set list from the stage and took requests from the audience. On a given night he might play anything from Hank Ballard’s “Thrill on the Hill” to Beethoven’s “Fur Elise” to Bad Company’s “Ready For Love.”

Snook Eaglin passed away of a heart attack on February 18, 2009, and was buried in Providence Park Memorial Cemetery.

David Kunian is a music writer living in New Orleans.