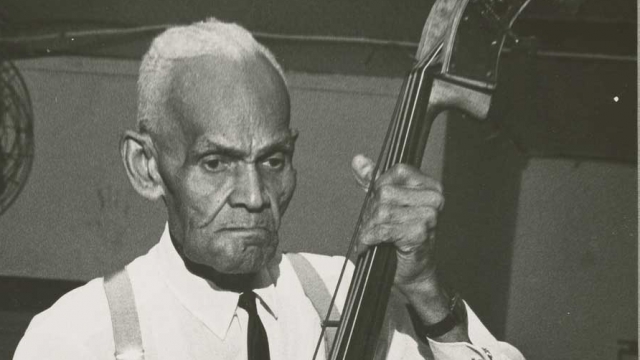 Born in St. James parish, bassist and multi-instrumentalist Papa John Joseph (c. 1876-1965) came from a musical family that also included his younger brother, the clarinetist Willie “Kaiser” Joseph. John moved to New Orleans in 1906 and led his own group in Storyville before its closure in 1917. He also worked with Manuel Manetta, Louis James, Buddie Petit, Oscar Celestin, and Louis Dumaine. He retired from music to work as a barber in the latter 1920s but returned to music in the 1960s, performing frequently at Preservation Hall and touring internationally with the clarinetist George Lewis.