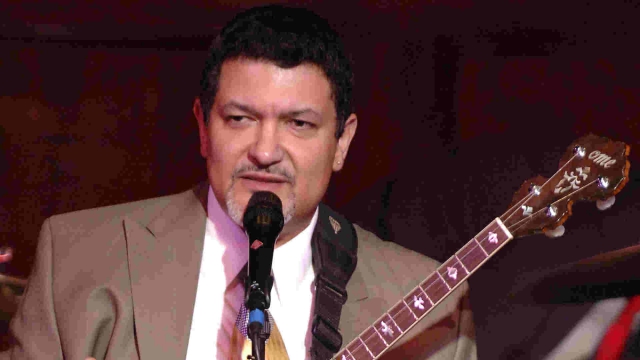 Don Vappie, born in New Orleans, descended from a long line of New Orleans musicians that goes back to the nineteenth century. Once a featured performer in the Preservation Hall Band, Vappie now leads and tours with the Creole Jazz Serenaders (CJS). He co-founded, with his wife Milly, “Bring it on Home”, an organized effort to help displaced New Orleans musicians find work and return to their hometown. His family’s musical heritage was recently explored in American Creole: New Orleans Reunion, a PBS documentary. As a result, he was honored with a LA Creole Society Award for his promotion of the Creole culture of New Orleans in music and film.

Recent recordings with the CJS include Banjo A La Creole and Swing Out. With the Creole Jazz Serenaders, Don’s music incorporates the musical legacy of the New Orleans Creole culture, a society that sprang from the mixture of French, Spanish, African and American Indian people with strong ties to the Caribbean Islands. Offbeat Magazine chose his debut CD with the CJS, Creole Blues, as one of Louisiana’s 100 Essential CDs of the 20th century. Vappie appears on many recordings and has produced six CDs, four with the Creole Jazz Serenaders. Recent appearances with the CJS in the USA include Carnegie Hall (NY), the Sheldon Concert Hall (MO), the Whitaker Center (PA) and the Bix Beiderbecke Festival (IA).

Vappie, known for his original banjo style, also plays mandolin, guitar, string bass and is a vocalist as well. Having been recently nominated to the Four String Banjo Hall of Fame, he has also transcribed many early jazz recordings of Jelly Roll Morton, Louis Armstrong, King Oliver and others. In addition to his transcriptions, Vappie and the CJS have performed his original jazz orchestral arrangements with the Corpus Christi Symphony. He was also chosen by the Historic New Orleans Collection to serve as Musical Director for the premier of their newly discovered Jelly Roll Morton compositions. Over the past ten years, Don has appeared as a regular guest with Wynton Marsalis and Jazz At Lincoln Center.