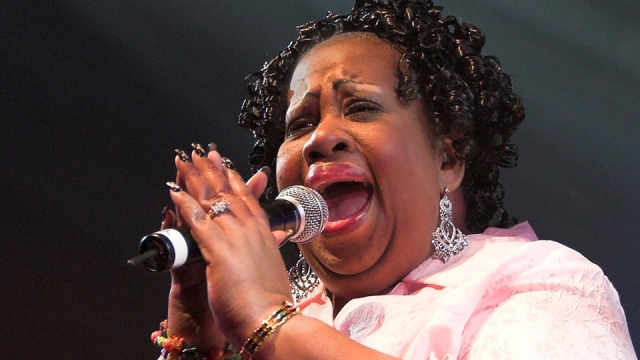 Born in New Orleans, Louisiana, Wright’s first public singing efforts were heard in church, with her mother the late Mattie Gilbert, a piano player and gospel singer as her accompanist. Top honors in a school-sponsored singing competition followed. Mahalia Jackson, the esteemed gospel singer, was an early friend of the family.

Wright did not turn professional until 1987, when she was almost 40 years old. Even then, she only began singing as a way to support her family with a second job. Early in 1989 during a live set at Tipitina’s in New Orleans, Wright made her first recording, Mama, He Treats Your Daughter Mean. She made her debut on national television in 1991, when her hometown was the setting for a special that revolved around the Super Bowl where she met CBS news anchorman Ed Bradley. At that time he thought she only sang Gospel, and it wasn’t until the same year that he rediscovered her at the New Orleans Jazz and Heritage Festival, and from that day on had been introducing her every year. Heartbreakin’ Woman, Wright’s first full-length release, appeared later that year. Wright’s 1993 album Born With The Blues was originally released in France, then three years later the major-label imprint Virgin picked it up for the rest of the world. Her 2007 effort, After The Levees Broke, addressed the devastation of Hurricane Katrina – which destroyed her house and all her belongings – by repurposing songs like Willie Nelson’s “Crazy,” Sam Cooke’s “A Change Is Gonna Come,” and Bruce Hornsby’s “The Way It Is.” In August 2008, she performed with the Louisiana Wetlands All Stars at both the Democratic National Convention in Denver, Colorado as well as the Republican National Convention in Minnesota.

Marva is well known all over Europe where she had many fans and frequent visits overseas, doing festivals in places like France, Italy, Germany, Australia to name a few.
She also sang backup for such artists as Allen Toussaint, Glen Campbell, and Joe Cocker, and the long list of others Wright performed with includes Cyril Neville, Harry Connick, Jr., Bobby McFerrin, Aaron Neville, Fats Domino, Lou Rawls, and Marcia Ball.

In May and June 2009, Wright suffered a pair of strokes from which she never fully recovered, and on March 23, 2010, she died a few days after her 62nd birthday at her eldest daughter’s home in New Orleans.