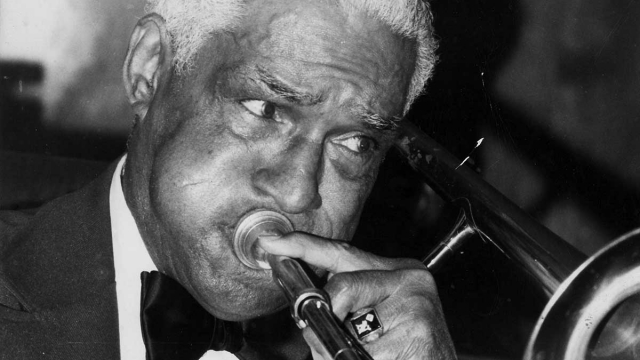 Louis Nelson was a trombonist most associated with the jazz originating in New Orleans near the turn of the twentieth century, sometimes referred to as Dixieland music.

He began playing jazz during the 1920s with various local bands and by 1944 he was working with Kid Thomas Valentine. During the early 1960s he became associated with the Preservation Hall Jazz Band and part of a revival in “New Orleans” traditional music.