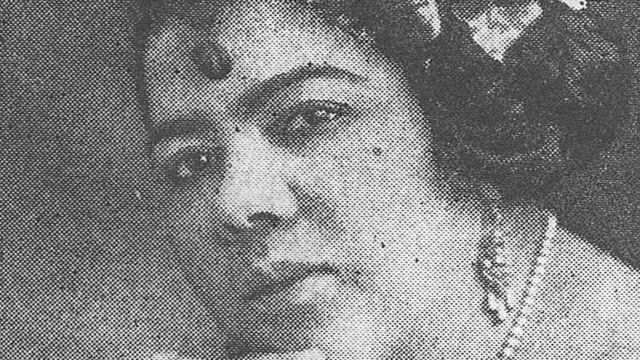 Born Elizabeth Mary Landreaux, Afro-French Creole jazz and blues vocalist Lizzie Miles (1895-1963) began singing in church and was working in New Orleans with Joe Oliver, Kid Ory, Manuel Manetta, and Armand Piron while still in her teens. She traveled widely with tent shows and on the vaudeville circuit, then relocated to Chicago, where she sang with Oliver, Freddie Keppard, and Charles Elgar, before moving on to New York City, where she made her first recordings in 1922. During the 1920s she recorded with Clarence Williams and Jelly Roll Morton, as well as a solo. Her I Hate a Man Like You with Morton (1929) is a classic. Briefly inactive in the early 1930s, Miles returned to work with Paul Barbarin in 1935 and henceforth became a notable presence during the New Orleans revival of the 1940s and 50s, with extended stays in New York, Chicago, San Francisco, and Las Vegas.