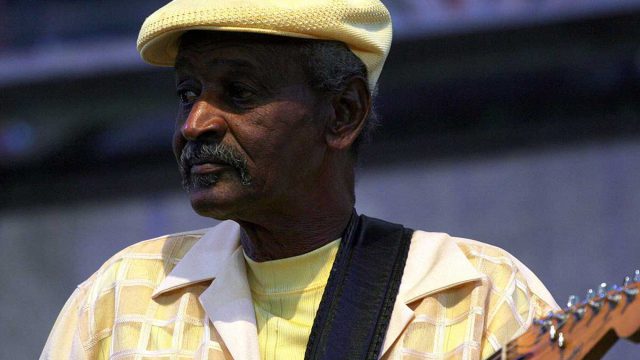 Lil’ Buck Sinegal, “Master of the Stratocaster,” from Lafayette, Louisiana, is the guy Eric Clapton says is the best blues guitarist alive. His career has spanned more than five decades, with over 300 recordings, having played and recorded with Clifton Chenier, Henry Gray, Rockin’ Dopsie, Buckwheat Zydeco, and other blues artists, including Grammy-winning efforts with Paul Simon’s 1987 album “Graceland.” He also worked as a session guitarist for Excello on swamp blues by Slim Harpo and Lazy Lester.

Paul “Lil’ Buck” Sinegal is a true Louisiana guitarist in that he’s played in several styles. He may be best known as the world’s finest zydeco guitarist. In the late ’90s, Sinegal recorded an album for Allen Toussaint’s NYNO label. Allen Toussaint calls Paul “Lil’ Buck” Sinegal the “Gentle Giant of Guitar.” Lil’ Buck was inducted into the Louisiana Blues Hall of Fame in 1999.