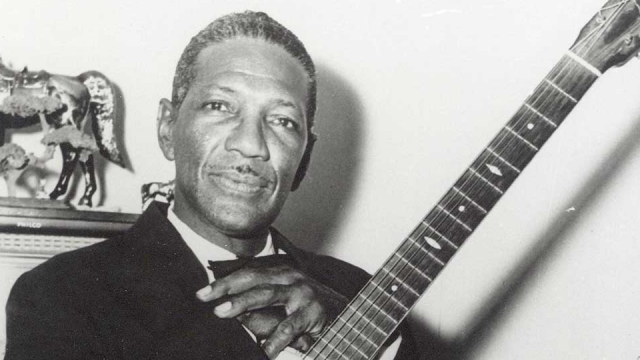 John Alexander St. Cyr (1890-1966) was a self-taught jazz guitarist and banjoist who led his own bands as early as 1905 before affiliating with A. J. Piron, Superior Orchestra, Tuxedo, and Kid Ory before 1917. He worked on riverboat bands with Fate Marable and Charlie Creath before moving to Chicago in 1923 to record with King Oliver. In the mid-1920s he recorded with Louis Armstrong’s Hot Five and Jelly Roll Morton’s Red Hot Peppers. From 1961-66 he led his own band at Disneyland.