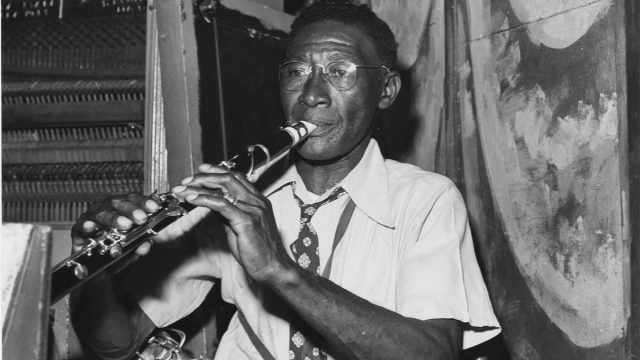 Born in Algiers, Louisiana, clarinetist and saxophonist Israel Gorman (1895-1965) took lessons from Alphonse Picou and began performing in Storyville while he was still a teenager, working with accordionist Henry Peyton in 1913 and with bassist George Jones at Anderson’s Café in 1914. During World War I he spent a year in France and joined Buddie Petit when he returned to New Orleans in 1919. In the 1920s he worked with Joe Nicholas in the Camellia Band, Toots Johnson, Buddie Petit, Chris Kelly, Louis Dumaine, Lee Collins, and Kid Rena. During the Depression he worked with the WPA Brass Band and in the 1940s with the Houston-Dumaine Dixieland Band. Gorman led his own bands during the 1950s and recorded with Kid Howard in 1961.