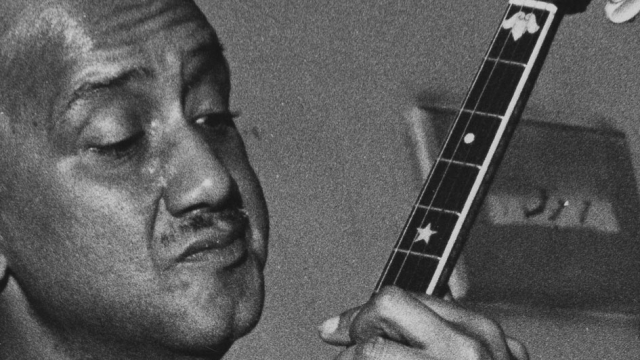 Banjoist and guitarist Emanuel René “Manny” Sayles (1907-1986) was born in Donaldsonville, Louisiana, and moved to New Orleans in 1915, where he studied violin with Dave Perkins. After graduating from high school in 1923 he traveled to Pensacola with a band led by Thomas Mack. He worked with William Ridgley’s Tuxedo Orchestra in 1925 and on riverboats with Fate Marable and Sidney Desvigne. He recorded with the Jones-Collins Astoria Hot Eight in New Orleans in 1929. In the 1930s and 40s he led bands in Chicago but returned to New Orleans in the 1950s. Sayles replaced Lawrence Marrero in George Lewis’ band in 1959, touring Japan twice with Lewis in the 1960s, and during the 1970s and 80s he became a regular at Preservation Hall.