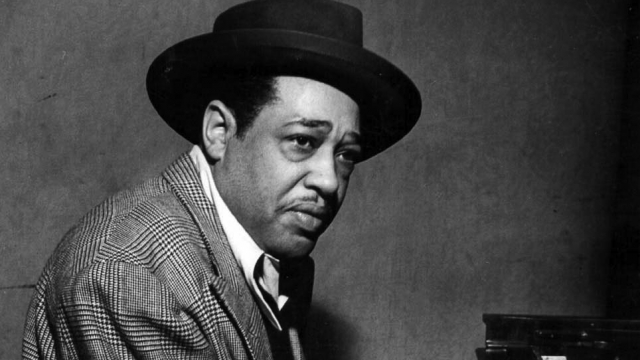 Edward Kennedy “Duke” Ellington (April 29, 1899 – May 24, 1974) was an American composer, pianist, and big-band leader. Ellington wrote over 1,000 compositions. In the opinion of Bob Blumenthal of The Boston Globe, “In the century since his birth, there has been no greater composer, American or otherwise, than Edward Kennedy Ellington.” A major figure in the history of jazz, Ellington’s music stretched into various other genres, including blues, gospel, film scores, popular, and classical. His career spanned more than 50 years and included leading his orchestra, composing an inexhaustible songbook, scoring for movies, composing stage musicals, and world tours. Several of his instrumental works were adapted into songs that became standards. Due to his inventive use of the orchestra, or big band, and thanks to his eloquence and extraordinary charisma, he is generally considered to have elevated the perception of jazz to an art form on a par with other traditional genres of music. His reputation increased after his death and the Pulitzer Prize Board bestowed on him a special posthumous honor in 1999.