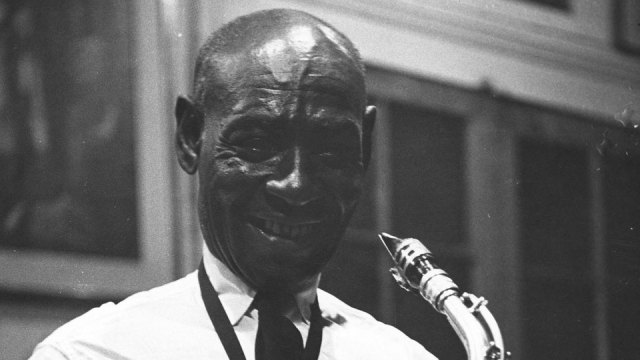 Alto saxophonist “Captain” John Handy (1900-1971) was born to a musical family in Pass Christian, Mississippi, but was closely tied to the New Orleans music scene for most of his life. His father, John Handy Sr., had a family band that included two of John Jr.’s brothers, Sylvester and Julius. Although John also played guitar, mandolin, and drums at an early age, he chose reeds to develop his professional musical career, beginning with clarinet and then migrating to saxophone. He moved to New Orleans in 1915, and during the 1920s worked with Kid Rena and Punch Miller. From the early 1930s he led the Louisiana Shakers, with his brother Sylvester, and toured throughout the South. In the latter 1930s Handy worked with Charles Creath in St. Louis but returned to New Orleans in the 1940s, where he performed with the Young Tuxedo Brass Band, and in the 1950s and 60s he worked with Kid Clayton and Kid Sheik Colar, as well as touring internationally with the Preservation Hall Jazz Band.