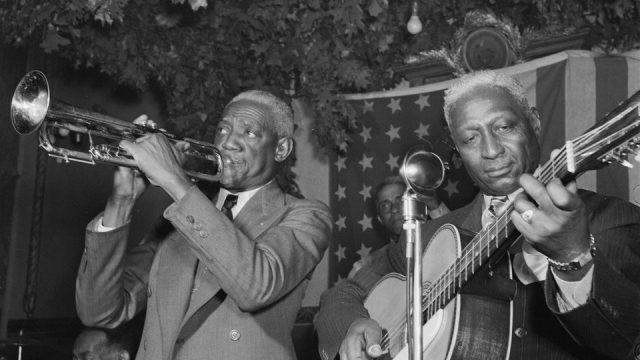 Pavageau started off his career as a guitarist, and sparked a dance craze in his early years which resulted in his “Slow Drag” nickname. He picked up bass in 1927, when he was 39 years old, and played with Buddy Petit, Herb Morand, and Emile Barnes. He joined George Lewis’s band from 1943, and also played in Bunk Johnson’s band in New York City in 1945. His tenure with Lewis included several world tours and lasted through the end of the 1950s. In 1961, while playing with the Louis Cottrell Trio, he recorded New Orleans: The Living Legends for the Riverside label. He worked extensively at Preservation Hall in the 1960s, and recorded one album under his own name for Jazz Crusade in 1965 in addition to frequent recording with Lewis.

Pavageau’s wife, Sister Annie Pavageau, was a pianist and singer.