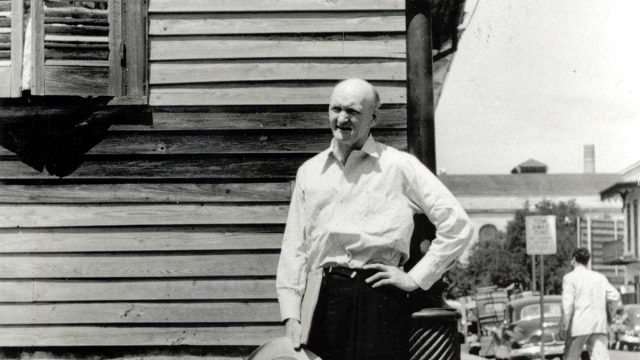 Born William Russell Wagner in Canton, Missouri, Bill Russell (1905-1992) was a violinist, jazz historian and musicologist, record producer, composer of avant garde percussion music, and the first curator of the Archive of New Orleans Jazz at Tulane University. He contributed important chapters to the book Jazzmen (1939) and was a primary architect of the New Orleans revival through his management of Bunk Johnson’s “come back” 1942-47, which included documenting Johnson thoroughly with recordings for his American Music label. In 1956 he relocated to New Orleans, where he ran a record shop and worked as the kindly “bouncer” at the Preservation Hall. Beginning in 1967 he also worked as a violinist with the New Orleans Ragtime Orchestra.