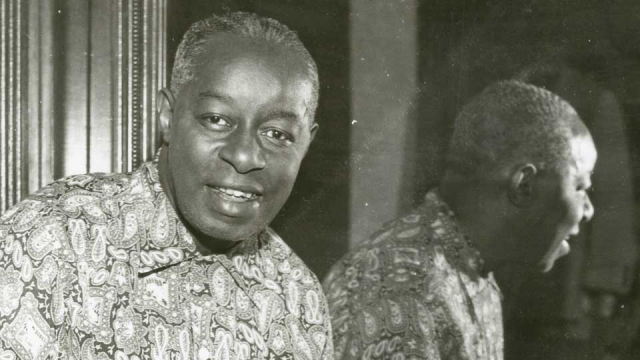 Warren “Baby” Dodds Interview (5/31/1958): Jazz drummer Warren “Baby” Dodds (1896-1959) was the younger brother of clarinetist Johnny Dodds. In New Orleans he worked with Oscar Celestin, Jack Carey, and worked on the Streckfus riverboats with Fate Marable before joining King Oliver’s Creole Band in California in 1921. He was recorded extensively with Oliver’s Creole Jazz Band in Chicago in 1923, gaining a reputation as one of the best drummers in jazz. In the mid-1920s he recorded with Jelly Roll Morton and Johnny Dodds’ Black Bottom Stompers. In the 1940s he performed and recorded with Bunk Johnson’s Band, spearheading the New Orleans revival, as well as making a number of jazz drumming demonstration records for the American Music and Circle labels.