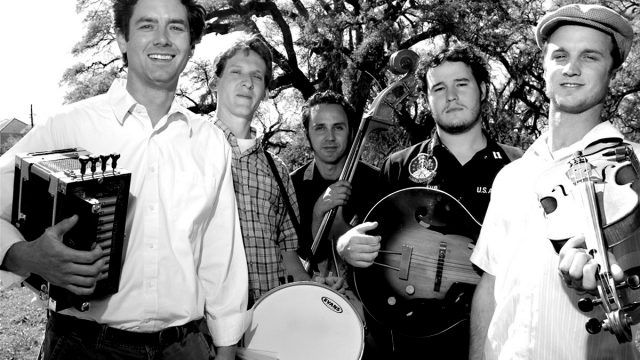 Lost Bayou Ramblers were born deep in South Louisiana performing old style, predominantly acoustic Cajun music at clubs and festivals across the US, Europe, and Canada. They were formed in 1999 by Louis Michot (fiddle and vocals) and his brother Andre Michot (cajun accordion and lap steel guitar) and grew to include Cavan Carruth (electric guitar) and Paul Etheredge (drums).

The Lost Bayou Ramblers have toured through much of the United States, including performances at the International Country Music Conference in Nashville, the Brooklyn Botanic Gardens’ Chile Pepper Fiesta, the New Orleans Jazz & Heritage Festival and at the historic Preservation Hall. The Ramblers had their first international performance in Lyon, France in November 2004. Their debut release, Pilette Breakdown (Swallow Records) received critical acclaim across North America and Europe. Their 2006 release Mellow Joy Boys: Une Tasse Cafe featured guest fiddler Wilson Savoy of the Pine Leaf Boys on a collection of 1930’s era songs and classic Cajun Swing. In 2008, the Ramblers were nominated for a Grammy Award in the Best Zydeco or Cajun Music category (a new category for that year) for their album Live: A La Blue Moon. The Ramblers have also played a series of shows with Violent Femmes vocalist and fiddle player Gordon Gano and are working on their next album with him.