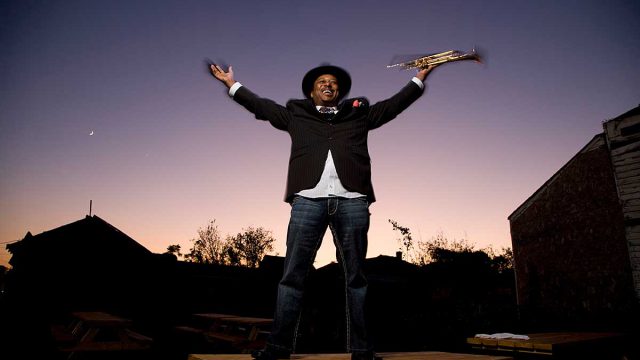 Kermit Ruffins (born December 19, 1964) is an American jazz trumpeter, singer and composer from New Orleans, Louisiana, United States. He has been influenced by Louis Armstrong and Louis Jordan. Ruffins often accompanies his songs with his own vocals, and he says that the highest note he can hit on trumpet is a high C. Most of his bands perform New Orleans jazz standards, though he also composes many of his own pieces. Jon Pareles of The New York Times wrote, “Mr. Ruffins is an unabashed entertainer who plays trumpet with a bright, silvery tone, sings with off-the-cuff charm and never gets too abstruse in his material.”