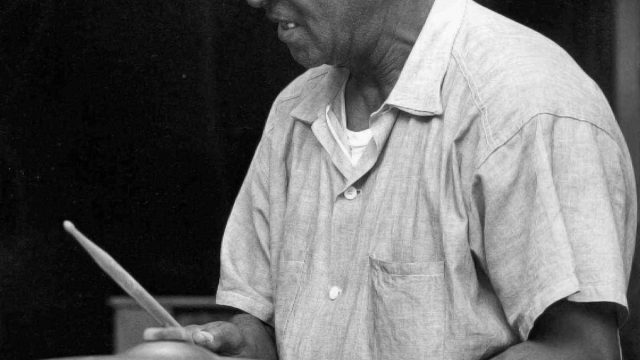 Born in New Orleans, Josiah “Cie” Frazier (1904-1985) was a jazz drummer who performed in the 1920s with the Golden Rule Band, Oscar Celestin’s Original Tuxedo Jazz orchestra, and Armand Piron’s New Orleans Orchestra. In the 1930s Cie was with Sidney Desvigne’s Orchestra, while also active with the Works Progress Administration band. In the 1940s he performed and recorded with Wooden Joe Nicholas, and in the 1950s returned to Celestin’s group. Frazier maintained long-term associations with various brass bands (on both snare and bass) as well, including the Tuxedo, George Williams, and the Eureka. In the 1960s he became a fixture at Preservation Hall and toured internationally with that band.