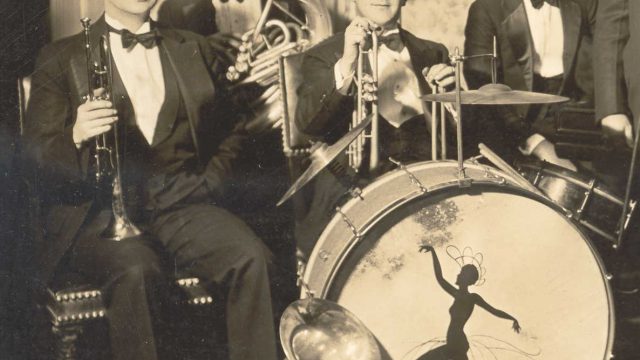 Born in New Orleans as John Wigginton Hyman, jazz cornetist Johnny Wiggs (1899-1977) began with violin and mandolin but switched to cornet after hearing jazz bands at Tulane Script dances in 1915-17. He worked in Norman Brownlee’s jazz band in 1924-25, then with Happy Schilling in 1926. In 1928 he made several notable recordings for Victor as John Hyman and his Bayou Stompers but was unable to sustain a career as a musician and taught music and mechanical drawing in New Orleans public schools. Clarinetist Pete Fountain and trumpeter George Girard were among his students. In 1947 he resumed performing and adopted the pseudonym ‘Johnny Wiggs’ to mitigate negative attention from the New Orleans School Board, which did not approve of jazz.