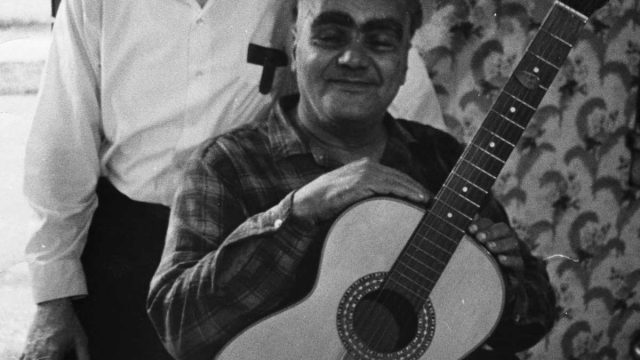 Banjoist and vocalist “Creole” George Guesnon (1907-1968) grew up in the Tremé neighborhood, surrounded by jazz as it was coalescing. During the mid-1920s he worked with Sam Morgan’s Jazz Band when it was on tour, while also performing in New Orleans with Kid Clayton and later Oscar Celestin’s Original Tuxedo Jazz Orchestra after 1928. In 1935 he recorded with pianist Little Brother Montgomery and toured with the Rabbit Foot Minstrels. In the 1950s he performed with Alex Bigard’s Mighty Four and traveled with George Lewis, as well as recording with trumpeter Kid Thomas Valentine, with whom he later worked regularly at Preservation Hall.