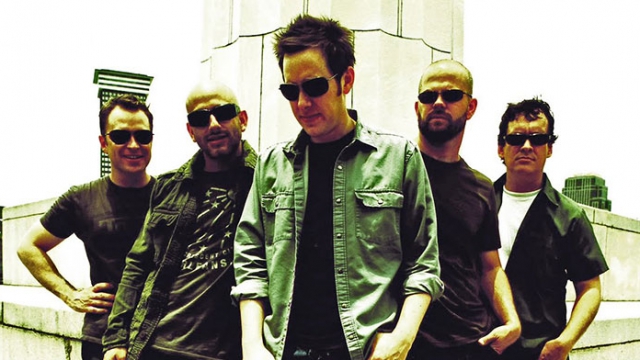 The New Orleans band Galactic started out in 1994 as a horn-driven funk band comprised of students from Tulane and Loyola University in New Orleans. They became famous for their marathon shows and songs that took long improvisational forays. After parting ways with their mentor and vocalist Theryl DeClouet, they began making records with guest artists with a greater influence of rock, hip-hop, world music, and different New Orleans genres. Their stellar live performances and constant touring has earned them fans in every corner of the globe, yet there remains an inherent New Orleans sonic signature – and groove — to their sound. Their recent collection, Carnivale Electricos, samples the city’s varieties of carnival music in both specific ways – through musical samples, quotes, riffs, and tributes – and, more generally, as inspiration for their original compositions.

Galactic started in 1994 as the band Galactic Prophylactic. Childhood friends Robert Mercurio (bass) and Jeff Raines (guitar) moved to New Orleans from the Washington DC area to attend college. They quickly delved into the local music scene that centered around the Maple Leaf Bar, Tipitina’s, and Benny’s Bar, where famous bands such as the Meters, The Neville Brothers, Cyril Neville and the Uptown All Stars, Michael Ward and Reward (and many other bands) were then playing. As is common in New Orleans, musicians moved in and out of the band but soon the band stabilized around Mercurio, Raines, Rich Vogel (keyboards/organ), Ben Ellman (saxophone/harmonica), Theryl DeClouet (vocals), and Stanton Moore (drums). This lineup released five albums and a compilation for a range of labels. Their first three efforts leaned heavily on jazzy funk but the band’s sound moved towards hard rock and brassy funk on the new two collections. DeClouet’s vocals could be snide or inviting as the band locked into escalating rhythmic grooves beneath him. Galactic soon started to earn a reputation for intense live performances at some of New Orleans’ renowned venues such as the Mermaid Lounge, Cafe Brasil, Tipitina’s, the House of Blues, and the Howlin’ Wolf. Their shows were marked by long, dense improvisations and their collective energy rarely flagged. Soon they were popular among jam-band enthusiasts. Their peak performances took place at Tipitina’s often on or near Mardi Gras, Halloween, or Jazzfest in shows that started after midnight and often ended at sunrise.

Due to health reasons, DeClouet left the band after the release of Ruckus (2002), a collection that favored tighter song structures over jams and extended instrumental interplay. Galactic’s next release, From the Corner to the Block, enacted a new phase: their new sound meshed together rock, funk, hip hop and electronic effects (and beats) into a complex, engaging and innovative mix. The theme of the record was streets and corners – that is, streetlife and corner hang-outs — and considered the influence of those milieus only New Orleans musicians and its various scenes. The album features vocals and raps from local hip hop musicians such as Juvenile, Chali 2na, Gift of Gab, and Boots Riley as well as brass-band musicians Troy “Trombone Shorty” Andrews, Big Chief Monk Boudreaux, and the Soul Rebels Brass Band. This was an extension of the New Orleans custom of inviting bands and willing musicians onstage. Galactic has played with guest musicians such as guitarist Jonathan Freilich, saxophonist Skerik, bassists George Porter Jr. and Les Claypool, and the Hot 8 Brass Band. Trombonist Corey “Boe Money” Henry started out as a guest on Galactic albums and performances and has since become a permanent member of the band.

Their album Ya Ka May (2010) cemented a new relationship between Galactic and New Orleans musicians, featuring guests such as Irma Thomas, Allen Toussaint, Walter Wolfman Washington, Glen David Andrews, John Boutte, the Morning 40 Federation, and bounce artists Katey Red, Big Freedia, and Sissy Noby. Mixing together an earlier New Orleans rhythm-and-blues sound with contemporary electronic effects has become a distinctive aspect of Galactic’s sound. Galactic then made its own version of a carnival record — Carnivale Electricos (2013) – and it partakes not only of New Orleans carnival and Mardi Gras Indian chants, but from the traditions of Brazil, Trinidad, Cajun Country, and others. War Chief Juan Pardo of the Golden Comanches performs a Mardi Gras Indian song, and the New Orleans samba school Casa Samba does a Brazilian Carnival number. They have made their lack of a lead singer a distinctive part of their recordings, while on tour, Galactic has toured with Living Colour’s Corey Glover and soul singer Maggie Koerner.

Galactic has appeared on HBO’s iconic serial drama set in New Orleans, Treme, and on the Jimmy Kimmel show.

David Kunian is a music writer living in New Orleans.