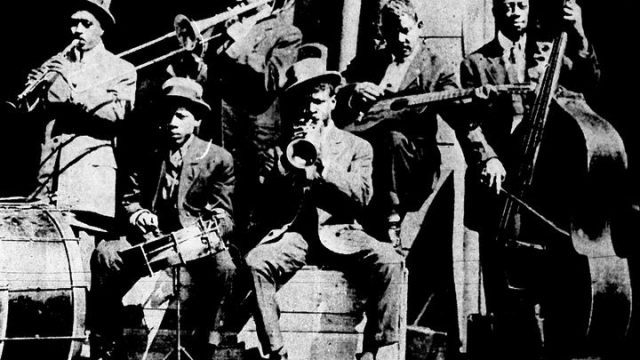 Frankie Dusen (1878 – 1936) was an early New Orleans jazz trombonist. He played with Buddy Bolden’s band, and following Bolden’s health problems took over as bandleader of the group renamed “The Eagle Band,” considered one of the best in New Orleans for more than a decade.

He was born in Algiers section of New Orleans. During the Great Depression he played with the era orchestra on the ship “S.S Capitol,” and later played alongside Louis Dumaine. Dusen also taught music. He died in 1936 at age 58.