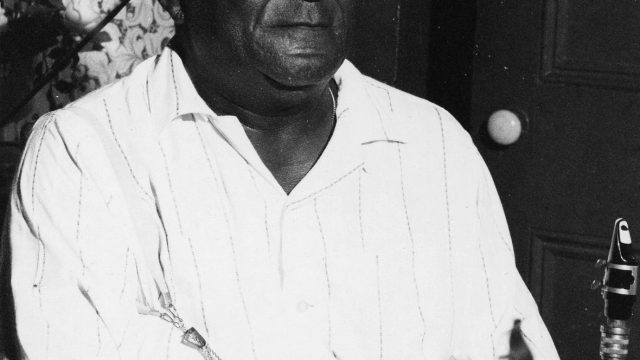 Alto, soprano, and tenor saxophonist Eddie “Big Head” Johnson (1903-1968) was born in Baton Rouge, Louisiana, but moved to New Orleans when he was a teenager, where he studied saxophone with Paul Barnes. In the 1920s he played with Arnold Depass’ Olympia Jazz Band, Oscar Celestin’s Tuxedo Jazz Band, and Arnold Metoyer. Johnson also had long-term affiliations with several brass bands, including the Eureka, the Tuxedo, and the Tulane. In the 1960s, Johnson led his own band at the Harmony Inn in New Orleans with Alex Bigard on drums.