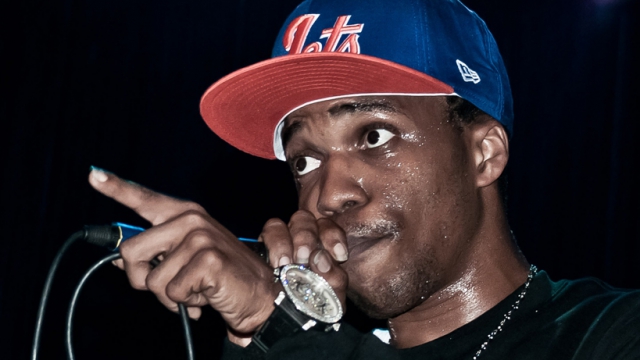 In 2002, Curren$y was signed to Master P’s No Limit Records and was a member of the 504 Boyz. The song “Get Back” by 504 Boyz Produced by Donald XL Robertson made it to the Malibu’s Most Wanted soundtrack. Curren$y appeared on 5 songs in Master P’s Good Side, Bad Side album, released in 2004. Even though he was signed with No limit, he represented C-Murders TRU label. Curren$y has several songs with incarcerated friend C-Murder, and was featured on the late Soulja Slim’s album, Years Later.

Later on in 2004, Curren$y signed with Cash Money Records and Lil Wayne’s Young Money Entertainment. Lil Wayne and Curren$y attended the same elementary school. He featured in Lil Wayne’s Dedication, Dedication 2, The Suffix and several unreleased songs while with Young Money. He released a mixtape entitled Welcome Back in 2004. He was featured in Lil Wayne’s “Grown man” on Tha Carter II and on the “Grown man remix” with Boo. He remained in Young Money until late 2007. While still at Young Money, Curren$y created Fly Society with skateboarder Terry Kennedy, first as a clothing company, then expanding to release music. He released the song, “Where da Cash At” as the lead single for his Young Money debut, Music To Fly To, in 2006, but had to deal with several push-backs and lack of promotion. Also in 2006, he released G Series with Young Money members, Mack Maine and Lil Wayne. In 2007, another mixtape was released entitled Life at 30,000 Feet. Curren$y decided to leave the label and venture off to do business on his own.

For several months throughout 2008, Curren$y released a series of mixtapes. Though he then had the co-sign of one of the top hip hop magazines, Curren$y was still overlooked by major labels. Curren$y reached a milestone in his rapping career with appearances on MTV for his music video “Address,” and for a track titled “Breakfast,” which was produced by Mos Def.