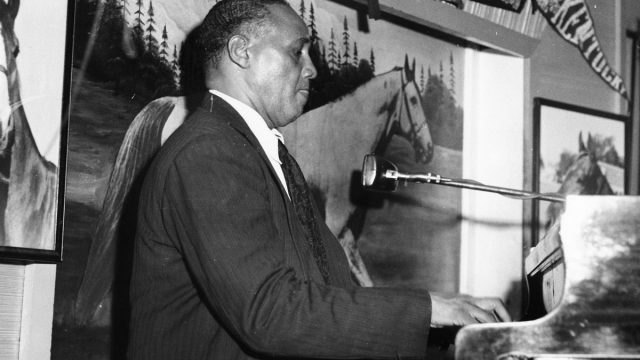 Pianist and banjoist Charlie Joseph Hamilton (1904-1989) was born in Ama, Louisiana, in St. Charles parish. His father was a clarinetist who had studied with James Brown Humphrey and played with brass bands in the country but moved the family to New Orleans in 1910. Since the family was living in the Carrollton section nearby, Charlie Hamilton studied piano with his neighbor Sweet Emma Barrett. His first paid job was as a pianist at the Holy Ghost Church in Central City, but his career as a jazz musician began in 1927, when he was playing banjo with Evan Thomas’ Black Eagle band in Crowley, Louisiana. In the 1930s he played with the Majestic Ramblers from Monroe, Louisiana, pick-up jobs with George Lewis, Kid Howard, and John Handy in New Orleans, and with Herbert Leary’s big band. In the 1960s returned to traditional New Orleans jazz. He toured Japan with George Lewis and was a regular performer at Preservation Hall.