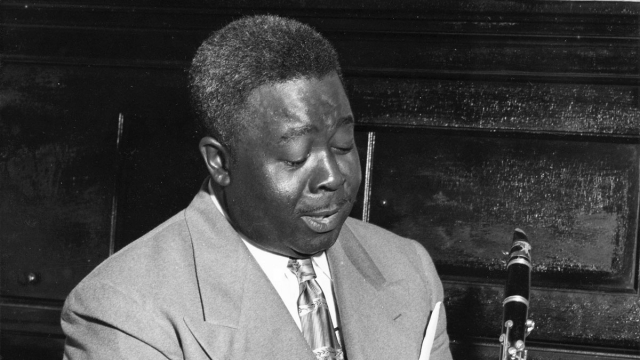 Although he gave his place of birth as “around Pensacola” in interview, like his brothers Sam and Isaiah, clarinetist and saxophonist Andrew Morgan (1901-1972) was most likely born in Plaquemines Parish. Andrew began playing music in 1923 with encouragement from Isaiah and obtained his first clarinet from Albert Nicholas. After taking lessons from Joe Watson, Paul Chaligny, and Pinchback Touro, he worked as a clarinetist with the Imperial Brass Band. Andrew joined the Young Morgan Band in 1925 before Sam did, replacing Sam Robinson (Jim’s brother) on clarinet, and by the time Sam Morgan’s Jazz Band recorded in 1927, he was contributing effectively on tenor saxophone as well as clarinet. In the 1930s and 40s he played with Kid Howard, Kid Rena, Kid Thomas Valentine, Alphonse Picou, and in the 1950s he was performing with Herb Morand and Kid Clayton. In 1964 he also became the leader of the Young Tuxedo Brass Band, which he joined in 1958. He recorded with many groups, including Kid Howard, Alvin Alcorn, Captain John Handy, and the Onward and Eureka brass bands.