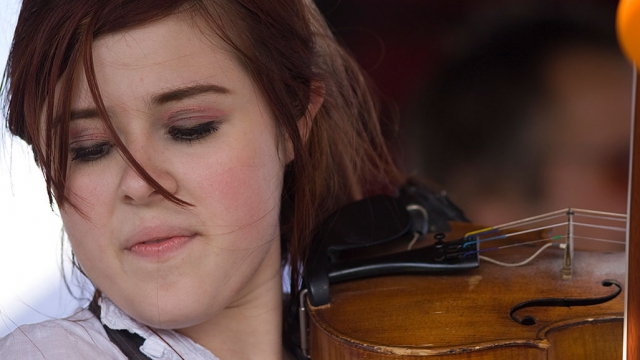 Shaw received some of her early musical training in Southeastern Louisiana University’s Community Music School. She studied classical violin starting at age 4, and at 8 began playing and performing Cajun music. Shaw would have graduated from Mount Carmel Academy in New Orleans in 2008 but she opted instead to continue traveling around the country to perform. She called her decision to leave Mount Carmel a difficult one. Shaw earned her G.E.D. in 2008 and planned to attend Tulane University but did not enroll.

Shaw has recorded two independently released albums, Little Black Dog (2001) and I’m Not a Bubble Gum Pop Princess (2004) — the latter including traditional Cajun melodies as well as eclectic choices like The Clash’s Should I Stay or Should I Go and The Ramones’ “I Wanna Be Your Boyfriend” (changed to “Girlfriend”). In 2006 Shaw signed with Rounder Records. Two years later she released her third album Pretty Runs Out on Rounder.

Shaw has appeared in two Disney Channel original movies filmed in New Orleans: Stuck in the Suburbs (2004) and Now You See It… (2005). One of her best-known screen roles is as a principal narrator in Hurricane on the Bayou (2006), a documentary about Hurricane Katrina and the erosion of Louisiana’s wetlands. Her music is featured in “Hurricane” along with that of co-narrator Tab Benoit and New Orleans native Allen Toussaint.

Shaw and her band, The Cute Guys, appear regularly throughout the New Orleans area, including annual shows at the New Orleans Jazz & Heritage Festival. They have also performed at Southeastern’s historic Columbia Theatre in Hammond.