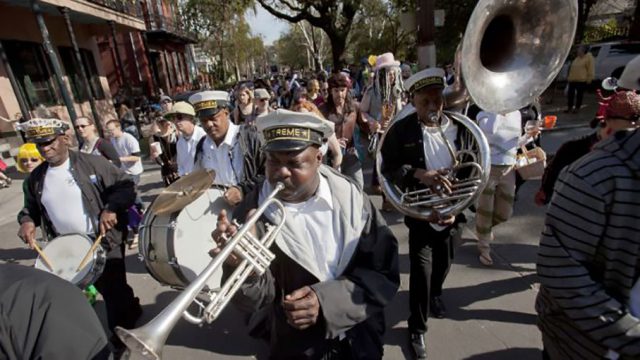 The Treme neighborhood is sometimes called by its more formal French names of Faubourg Tremé. It is listed in the New Orleans City Planning Districts as Tremé / Lafitte when including the Lafitte Projects. Originally known as “Back of Town,” urban planners renamed the neighborhood “Faubourg Tremé” in an effort to revitalize the historic area. A subdistrict of the Mid-City District Area, its boundaries as defined by the City Planning Commission are Esplanade Avenue to the east, North Rampart Street to the south, St. Louis Street to the west and North Broad Street to the north. It is one of the oldest neighborhoods in the city, and early in the city’s history was the main neighborhood of free people of color. Historically a racially mixed neighborhood, it remains an important center of the city’s African-American and Créole culture, especially the modern brass band tradition.