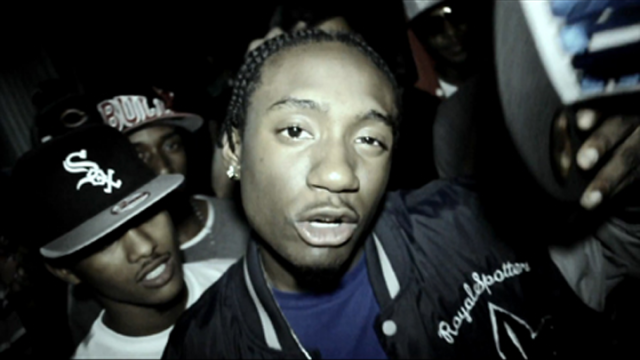 Tre-8 (Walter McCallon) was an American rapper from New Orleans who was one of the first artists to release an album for the No Limit/Priority partnership. He grew up in Christopher Homes development area in the neighborhood of Algiers, located in the West Bank area of New Orleans. As a high school student, he played in the marching bands of L.B. Landry and O. Perry Walker high schools. His recording career began as a member of the group WestBank Coalition, which included himself (then known as MC P), J’ Ro’ J, Ice Mike, and T. Smooth. He released his debut album as a soloist, Fright Night, on Smoke 1 Records in 1995. He then signed to Master P’s No Limit Records, and released the album Ghetto Stories on October 31, 1995, which rose to #84 on the Top R&B/Hip-Hop Albums chart. He left No Limit and released the album Dey Scared of Me on Smoke 1 Records in 1997, which was followed by Nuttin But Drama in 1998 (released in partnership with South Coast Music Group). He also appeared on many recordings with his mentor and friend, the producer and rapper Ice Mike on albums including Slammin Theez Hoez, Ghetto, Do ’em Dirty and True 2 da Game. Tre-8 can also be heard on the novelty favorite for marijuana smokers “Smokus-Pokus” by Bigg Herb, the Code 6 LP Let’s Go Get’Em, and a release by the Ghetto Twiinz. He was married to another New Orleans rapper, Cicely Crawford McCallon, who recorded under the name Ju’C in the early 1990s and who was shot to death in 2009. On May 28, 2011, Tre-8 was involved in a car crash. He was taken to a local hospital, where he died as a result of his injuries.