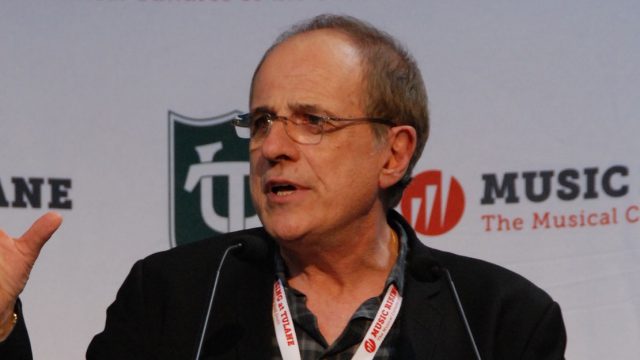 Robert Alan “Bob” Ezrin, co-founder of Music Rising, an initiative to preserve the musical culture of the Gulf coast region following the damage caused by the hurricanes and flooding of 2005, is a Canadian music producer and keyboardist, best known for his work with Lou Reed, Alice Cooper, Kiss, Pink Floyd, Peter Gabriel, and Phish. In 2006, Ezrin produced the live and televised extravaganza to reopen the Louisiana Superdome in New Orleans, LA, starring Green Day and U2. As of 2016, Ezrin’s career in music has spanned almost five decades and his production work continues into the 21st century, with acts such as Taylor Swift and Kristin Chenoweth. After co-founding interactive media company, 7th Level, Ezrin has branched out into philanthropy and activism, underpinning projects such as Music Rising and Young Artists for Haiti. Ezrin is also involved in education, co-founding the Nimbus School of Recording Arts.