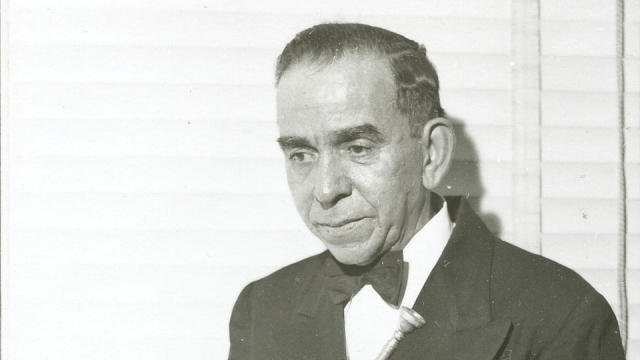 Anatie “Natty” Dominique (1894-1982) was an Afro-Italian trumpeter from New Orleans who claimed to be a direct descendant of Dominique You, the half-brother of the pirate Jean Lafitte. He studied with Manuel Perez and moved to Chicago in 1913. Over the course of more than three decades there, Dominique played with a number of New Orleans jazzmen, including Louis Armstrong, Jimmie Noone, and especially Johnny Dodds, who employed him from 1928 until his death in 1940. Shortly afterwards, Natty was forced to retire due to a heart condition, which kept him out of the music business for almost a decade, returning to part-time work with a small combo in the 1950s.