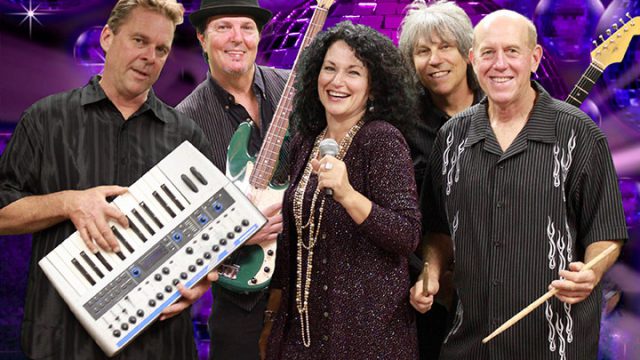 The humble beginnings of The Mixed Nuts date back to early 1995 at Archbishop Rummel High School in Metairie, Louisiana. Chuck Credo IV, who began playing guitar at age five, was already a performing guitar player around the local area. Chuck’s father (Chuck Credo III) and grandfather (legendary New Orleans Jazz Clarinetist Chuck Credo Jr.) both had successful bands which allowed Chuck IV to develop his craft at a young age. After watching the first episode of “The Beatles Anthology” which aired during Thanksgiving 1994, Chuck decided it was time to form a band of his own that mirrored the fun and musicality of what he found in The Beatles.

The Mixed Nuts were formed shortly after. The Nuts, which started out under the name of “High Voltage,” rehearsed for almost a year at the home of Chuck’s parents after school and on Saturdays. The Nuts performed for the first time in May of 1996 in the backyard of then singer Paul White for a birthday party. This ended in drummer Joey Berry jumping into the pool and showering the band (and equipment) with a heavy dose of chlorine! No one knew that this band “baptism” would be the start of group that would play around the country!

After graduating from high school, The Mixed Nuts started to further their reputation performing in the Baton Rouge, Louisiana area. All the band members were students at Louisiana State University, and it wasn’t long before The Nuts were performing at popular bars, frat parties, sorority formals, campus events, and even a few LSU Toga Parties! The Nuts continued to gain new audiences traveling around the South Eastern Conference performing for colleges throughout the South. The Nuts’ performances at popular clubs like POETS, The Mellow Mushroom, Sports (Reggies), Live Bait, Southport Hall, Mid-City Lanes Rock ‘N’ Bowl, The Dock, A.J.’s, (to name a few) have become legendary amongst fans.

The Nuts began performing private events in 1999, performing their first wedding at the New Orleans historic Board Of Trade. The Nuts would continue to become a very high “in-demand” group for private parties, proms, dances, and weddings over the next decade. The band attributes their success in this area to their high-energy show, wide songlist variety, and the absolute desire for customer satisfaction! The Nuts performed their first corporate event in 2001 as the famous “Mr. Phil” invited The Nuts to perform for the LAMISSTENN convention in The Biloxi Gulf Coast Coliseum in front of thousands of conference goers. The next ten years would bring The Nuts all over America, performing for hundreds of corporate parties that range from local groups on the gulf coast to Fortune 500 companies. Over the years, The Nuts have been fortunate enough to perform with acts like Journey, Kid Rock, The Four Tops, The Go-Go’s, The Doobie Brothers, Peter Noone and Hermans Hermits, David Allen Coe, Taylor Hicks, Jordan Knight from New Kids On The Block, just to name a few.

In April 2007, The William Credo Entertainment and Talent Agency officially made The Mixed Nuts their premier entertainment act, just in time for the band to celebrate their 10th anniversary together. A year-long celebration ended with a performance at the original Mid-City Lanes Rock ‘N’ Bowl, performing ten years to the day that the band first performed their in 1998. This special night was shared by over 600 “Nut Heads” who packed The Rock N Bowl for a fantastic night of music and memories.

The Mixed Nuts celebrate their 15-year anniversary in 2013 and are working on a brand new “Greatest Hits” CD which will re-cap many of the band’s greatest live hits! The Nuts’ entire recording catalog will also be released digitally in 2013 on iTunes, Amazon, etc. 2013 promises to be the busiest year of the band’s history, with already over 100 shows on the books all throughout the U.S. In December 2013, The Nuts will return to New Orleans to, once again, celebrate another milestone in their long history as one of the region’s favorite groups.

The Mixed Nuts would like to thank all of our friends, fans, and families for allowing us the opportunity to continue to make music together! 15 years later, we’re still having a little too much fun!