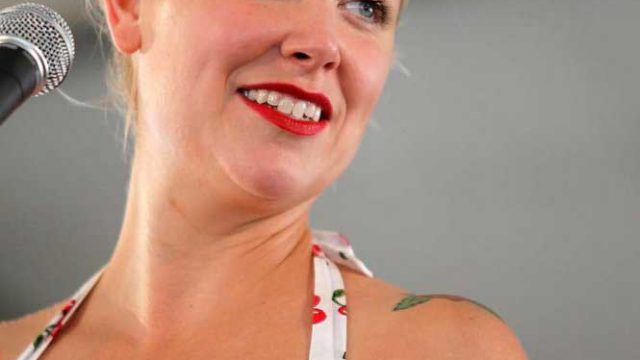 Linnzi Zaorski is an American indie jazz singer and songwriter based in New Orleans, Louisiana. She started out performing with the New Orleans Jazz Vipers, and then formed her own backing band, Delta Royale, when she had the opportunity to get a regular gig in New Orleans. Delta Royale has been described as a “formidable band” for its instrumental talent. Zaorski still performs primarily in New Orleans, but has also toured the United States performing in cities such as New York City and Los Angeles, California. She has released several albums, including Linnzi Zaorski & Delta Royale, Hotsy-Totsy, Hot Wax & Whiskey, It’s a Wonderful Record, etc.
In September 2006, Zaorski was the subject of a national radio piece by National Public Radio commentator Andrei Codrescu.