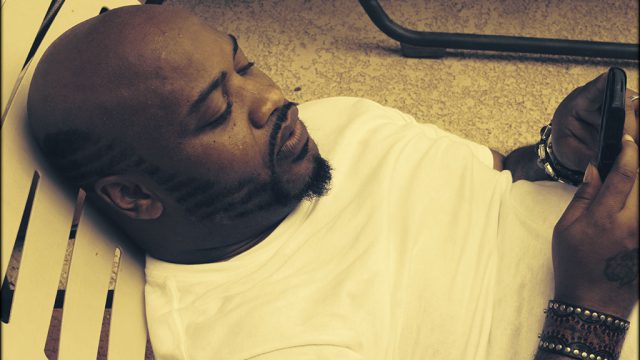 New Orleans has bred many talented local musicians across the spectrum of diversity. KILO is one of those artists who has brought his own flavor to the city for over 10 years. Born and raised on the “West Bank” of the Big Easy, KILO began his career at a popular nightclub, Club Rumors, as a disc jockey. But before he realized his passion for music, he tested his culinary skills. KILO completed his studies at the world-renowned Mike Andersons Restaurant Private School for Culinary Arts. He completed the necessary courses to become a three-star chef. Kilo’s first love has always been music and as a teen working his first job at a local New Orleans night club called “Club Rumors” helped launch that career. KILO’s own discography ushers some of the best bounce rap songs to ever hit the airwaves. His first CD, “Too Cold To Be A Hot Boy,” produced three top requested songs, “Get In Line,” “Out There In Them Streets,” and the number one hit, “Who Dat Call The Police” featuring tracks produced by DJ, Money Fresh. He followed his success on his second CD, “Evolution,” which spun out hits, “What Them Hatas Dont Know,” “Put Your Back Into It” featuring Skinny, and his biggest hit to top charts, “Rock The Boat” produced by the hottest DJ, J.M.K. With two popular CDs already under his belt, KILO hit the local scene once again with his first single to produce a video, “Key Chain Swing.” Not only did it reach number one, it is still being played in rotation across the southern region. His other hot single from this CD, “New Orleans Second Line,” is still requested every Mardi Gras season.

One of the most influential performers in New Orleans, KILO helped launch “bounce rap” into popularity. He performs at numerous events hosted by top-related television and radio shows, as well as headlining his own concerts. Kilo has been featured on top-selling local artists CDs and has appeared on compilation discs with artists like Mystikal. In addition to his CD appearances, KILO has also performed with some of the South’s hardest hitters in the rap industry such as Cash Money Millionaires, Soulja Slim, Juvenile, Mia X, and Hot Boyz. He has also performed at shows with national artists such as Nick Lachey, B2K, Mario, and Nelly. In the many years that KILO has been performing, he has also received notable recognition from other local rappers. It is understandable that he is mentioned on their CDs with great appreciation for his work, hard ethics, and good spirits. Not only is he a recognized artist, he is also a well-known writer. He has helped launch many careers. As a member of the local music scene, KILO is one of the most popular rap artists to date. With the uprising of bootlegged CDs, he has still found a way to generate over 15,000 CDs through retail underground music stores and old-fashioned street sales. With the given skills that KILO posesses and love and passion for his music, he can introduce the nation to a unique sound that the south has embraced for years.