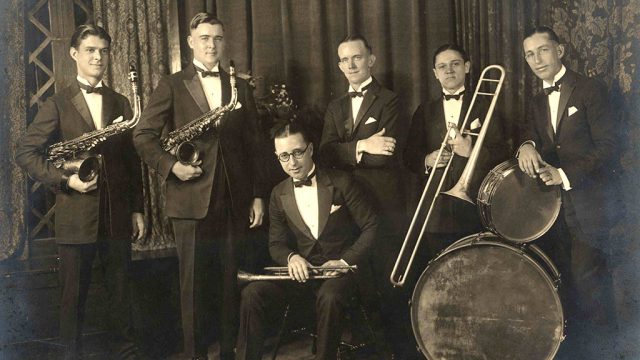 Jazz cornetist and bandleader Johnny DeDroit (1892-1986) led a popular band at Kolb’s Restaurant in New Orleans during the 1920s and recorded as Johnny DeDroit and his New Orleans Jazz Orchestra for the OKeh label in 1924-25. DeDroit rarely left New Orleans, but in 1924 he took a band to The Balconades in New York City, where he engaged in a cutting contest with Bix Beiderbecke. His father, George DeDroit, was the first president of Local 174 of the American Federation of Musicians (the white union), and Johnny served in that position four times, in 1929, 1931, 1947, and 1950.