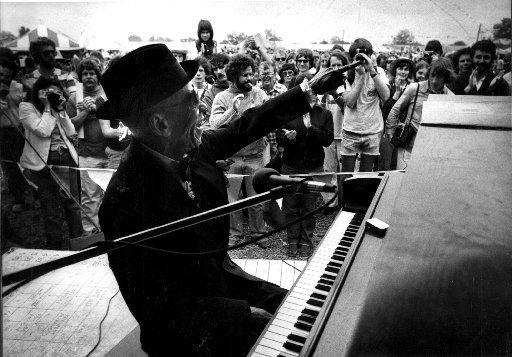 A piano player who exemplified the New Orleans rhythm and blues style, also made famous by musicians such as Professor Longhair.

Born in New Orleans, Louisiana, United States, Washington taught himself piano at age 10, and studied with New Orleans jazz pianist Joseph Louis “Red” Cayou. In the 1920s and 1930s, he was a leading player for New Orleans dance and Dixieland bands. His unique style of play blended elements of ragtime, jazz, blues, and boogie-woogie.

After World War II, Washington joined the band of singer/guitarist Smiley Lewis; they released several well-known songs on Imperial Records including “Tee-Nah-Nah,” “The Bells Are Ringing” and “Dirty People.” He then moved to St. Louis to play with Tab Smith. He returned to New Orleans in the 1960s, continuing to appear at restaurants in the French Quarter, clubs such as Tipitina’s, and at the New Orleans Jazz & Heritage Festival. For years he had a regular gig playing piano at a bar in the Pontchartrain Hotel. Although he avoided recording for most of his career, he released the solo piano album New Orleans Piano Professor on Rounder Records in 1983.

Tuts Washington died on August 5, 1984, after suffering a heart attack while performing at the World’s Fair in New Orleans. In 1998, Night Train International Records released a live recording by Washington, Live at Tipitina’s ’78.