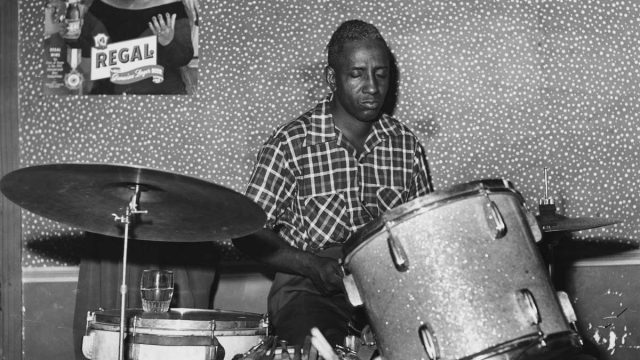 Drummer Henry “Pickle” Jackson (1909-1972) was born in New Orleans, in the uptown section known as the Garden District, and began playing drums in 1929. In the 1930s Jackson worked with Sidney Desvigne’s big band and later with the jazz bands of Chuck Willis, Edgar Blanchard, Thomas Jefferson, and Albert “Papa” French. He was also active as a snare drummer in brass bands, performing with the George Williams, Eureka, and Olympia brass bands. In the 1960s Jackson led his own band, Henry Jackson and his Swinging Combo, advertising himself as a “Modern Jazz Drummer.” In 1967 he also appeared at a New Orleans Jazz Club meeting with a band led by John Brunious called Chief John and his Meshugeneh Hall Stompers.