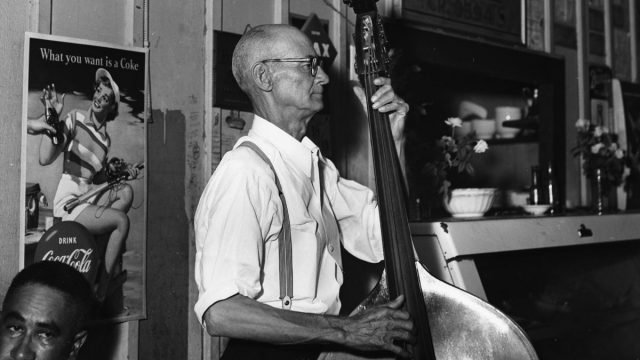 Born in New Orleans, self-taught bassist Edward J. Dawson (1884-1972) began his musical career with Sam Morgan in 1917, while also performing with Manuel Manetta and Joe Oliver in Storyville. In the 1920s and 30s he was affiliated with numerous bands, including Buddie Petit, Oscar Celestin, Kid Rena, and Kid Howard. In later years he played in the 1950s at Mama Lou’s in Little Woods with Peter Bocage and in the 1960s with various groups at Preservation Hall. He was also employed at the Whitney National Bank for over 50 years.