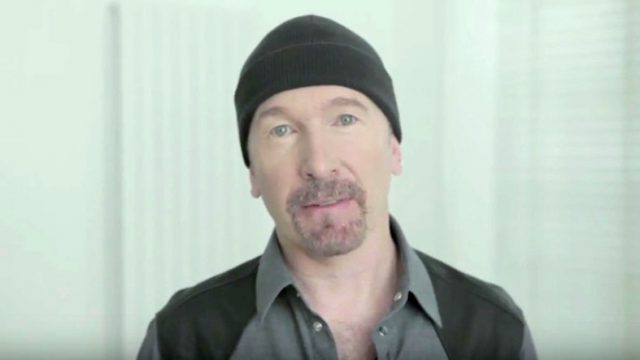 David Howell Evans, better known by his stage name The Edge (or just Edge), is a British-born Irish musician and songwriter best known as the lead guitarist, keyboardist and backing vocalist of the rock band U2. A member of the group since its inception, he has recorded 13 studio albums with the band as well as one solo record. As a guitarist, the Edge has crafted a minimalistic and textural style of playing. His use of a rhythmic delay effect yields a distinctive ambient, chiming sound that has become a signature of U2’s music. As a member of U2 and as an individual, the Edge has campaigned for human rights and philanthropic causes. He co-founded Music Rising, an initiative to preserve the musical culture of the Gulf coast region following the damage caused by the hurricanes and flooding of 2005.