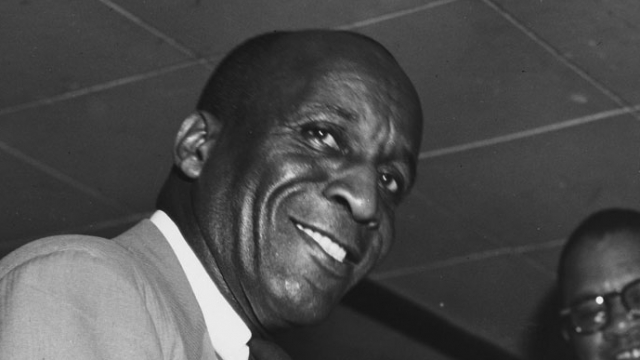 Drummer Christopher “Black Happy” Goldston (1894-1968) began by “beating on people’s steps with chair rungs until they would run him off.” He had a kids’ band with Louis Armstrong and Joe Rena: their first job was playing for the Zulu Parade on Mardi Gras Day 1910. Goldston began playing professionally with Amos Riley’s Tulane Brass Band and with Jesse Jackson’s Golden Leaf Band, and then spent time in Jack Carey’s band with Punch Miller, but his most enduring association from the 1920s on was with the Original Tuxedo Brass Band, first with Ridgley, then for many years with Celestin. Goldston is the drummer on the classic Celestin recordings of Marie Laveau and Hey la Bas for the DeLuxe label in 1947.